Rathis (last name unknown) is a human male arcanist working with the Order of the Archai.

He is a powerful spellcaster and magical researcher who has been experimenting on creatures, particularly werebeasts, in the secret political prison of the Order of the Archai. Evidence revealed by the player characters indicate that some form of blood magic is utilised by Rathis in his experiments, and that he has been developing serums to forcibly morph werebeasts between their various forms.

Rathis was first encountered by the party forcibly transforming Arielle. He used a serum to force her into human form, and then back to bear form.

Rathis was later encountered when he engulfed an entire area full of friends and foes alike with Flame Strike. He battled with the party before retreating through a Teleportation Circle to an unknown location. 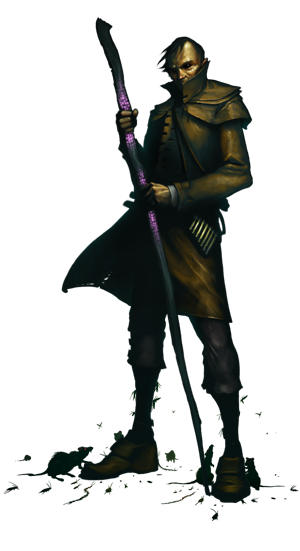