A legendary warrior from ages past.

The true powers of Sigurd Frostborn are currently unknown. He has appeared only as a ghostly apparition to those he trusts to carry on his legacy.

Not much is known about the reality of Sigurd Frostborn, apart from the tales spun by bards in taverns to folk who have had one too many ale. Some of these stories are more fiction than fact, but paint a picture of a heroic knight who fought valiantly against the forces of evil, and rallied numerous men to his side to help fight this ongoing battle.

The ancient tower of Wyvern Tor was once invaded by orcs from the east, hellbent on pillaging all the way to the ancient city of Neverwinter. It is said that Sigurd was one of the few men stationed at Wyvern Tor, and that an oncoming horde of Orcs, numbering in the hundreds, was quickly approaching. Sigurd ordered his remaining men to send word to the nearby outposts and towns to evacuate, and stay behind to fight. It is here that the legend of his mighty battle axe, Battlehack, was forged. Sigurd fought off waves of orcs from the front of the tower for hours and hours, cutting a bloody swathe through the horde until help could arrive.

Sigurd was part of the group of Neverwinter Greycloaks under the command of Callum of the Neverwinter Nine which retook Old Owl Well from the orcs in order to establish a trade route between Triboar and Yartar. Sigurd remained as a sentry while the trade route was secured, spending his nights perched atop the watchtower draped in a cloak as black as midnight, keeping a watchful gaze on the paths below. 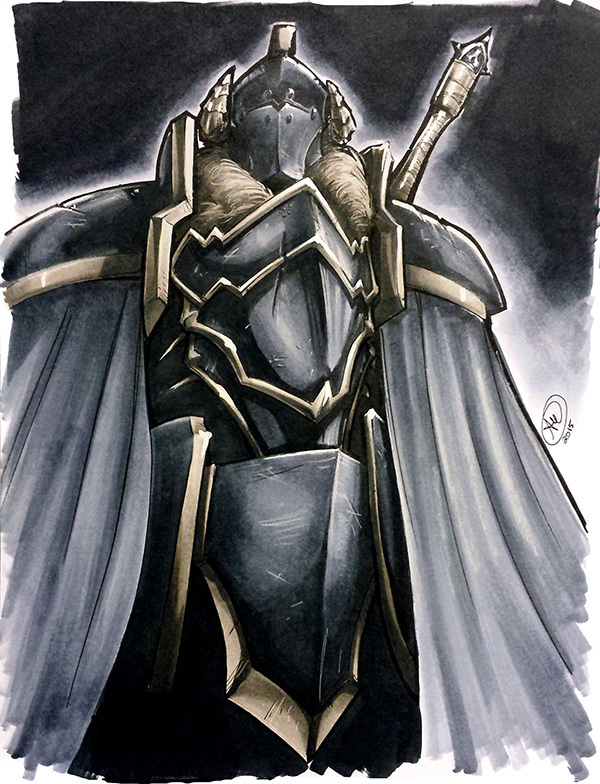